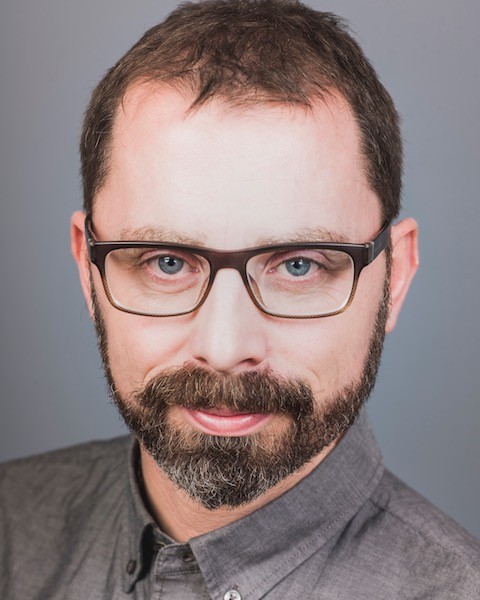 Biography
Owen Thomas is an award-winning Playwright originally from Mid Wales. His previous writing work includes ‘The Wood’and ‘Grav’for the Torch Theatre where he is also proud to be an Associate Artist. ‘Grav’, a one man show about the life of Ray Gravell, won a Laurel Award at the Edinburgh Festival in 2015 and the Audience Award at the Wales Theatre Awards in 2016. The play has subsequently toured extensively with recent sell-out runs in London, Washington and New York.

His breakthrough play, ‘Richard Parker’, won ‘Best International Show’ at the Hollywood Fringe Festival in Los Angeles in 2012. His other plays include ‘Robert Golding’, ‘The Dead of Night’ ‘Meat’ and‘Benny’a one man show about the life of Benny Hill. This summer, ‘West’,his first American commission, premiered in Milwaukee, Wisconsin to a standing ovation and will be touring Wales in 2020. Owen is currently developing several new plays including ‘An Orange in the Subway’,and ‘The Night Porter’,a ghost story for RCT Theatres which will be staged in Spring 2020. Owen also co-runs ‘Rebel Rebel Comedy’ a monthly stand-up comedy night at Tiny Rebel in Cardiff.

A drama teacher of 20 years plus experience Owen teaches on the Young Actor’s Studio Program for the Royal Welsh College of Music and Drama and is the Visiting Teacher of LAMDA and Trinity for Benenden School. He also runs a successful Youth Theatre in his home village of Tongwynlais.

Owen is very proud and excited to be joining Regan Management.