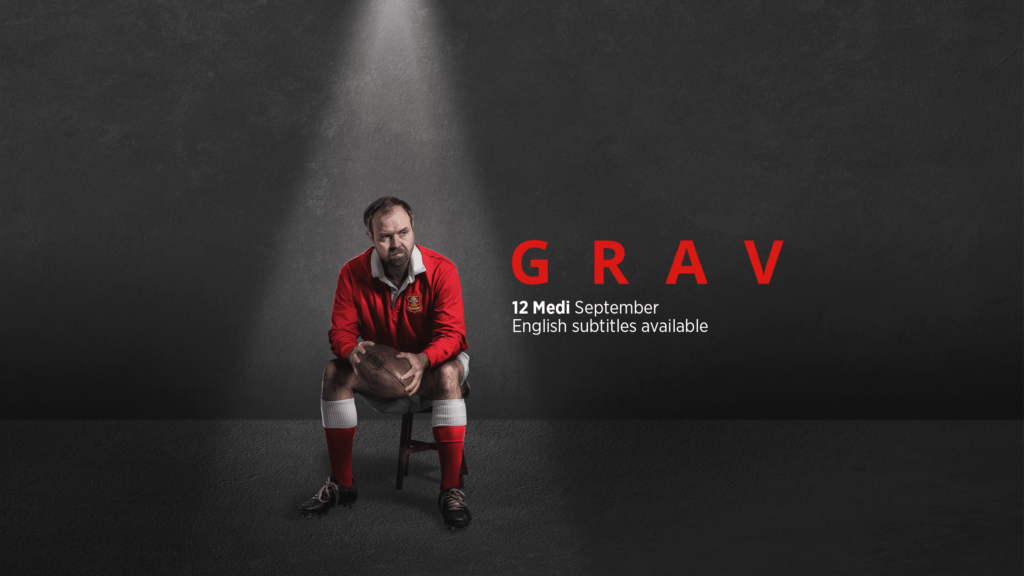 ‘Grav’ is a film about the life of Welsh cultural and sporting personality, Ray Gravell. Grav was one of our greatest National Rugby players, a crash centre who threw his body on the line for his jersey. A stalwart of Llanelli Rugby Club, he played a phenomenal 485 times for the Scarlets. As well as playing for Wales, he became a British Lion, achieving the pinnacle of his sport. When his illustrious playing career ended, he became a successful commentator, pundit, actor and television personality. He was also husband, son and father. Since his death in 2007, thanks to tales of his bravery on and off the pitch, the legend of Ray Gravell has continued to grow.  In ‘Grav’, this legend will grow still further…