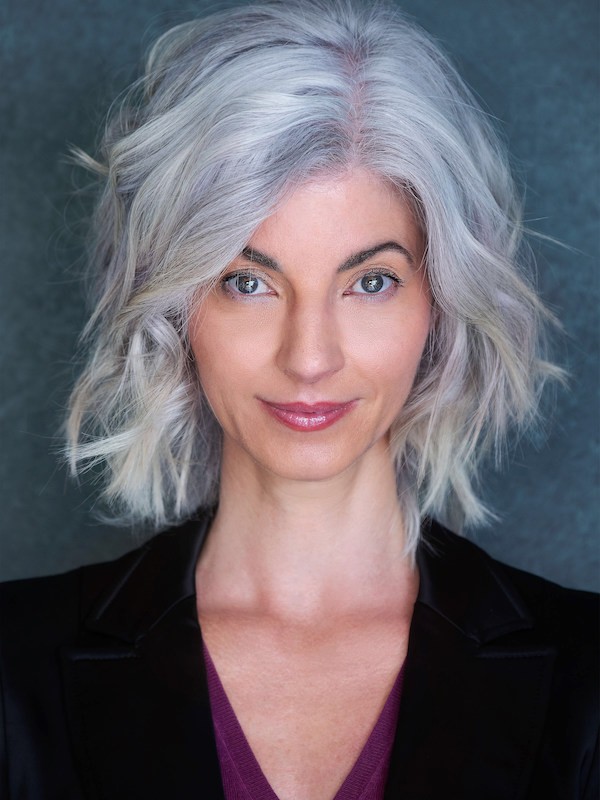 Biography
After completing a Double Masters in Business and Spanish at St Andrews University and working in Samoa, Mexico and Spain Abbie returned to train professionally at The Poor School in London.
Her first TV job was in CASUALTY (BBC1), subsequently appearing opposite Sally Lindsay in Ant & Dec’s SATURDAY NIGHT TAKEAWAY, Derren Brown’s HALLOWE’EN SPECIAL, BBC Scotland’s RIVER CITY, on ITV, Channel 4, STARZ, HBO amongst others. Her most memorable role was as the ill-fated prostitute, Shenquita, in double BAFTA Cymru nominated indie THE CORPSE SERIES

Abbie was the face (and legs!) of Scholl’s sponsorship ident for ITV’s TAKE ME OUT, her commercial for Vauxhall’s Grandland X was released throughout Northern Europe and as far afield as Israel and Madagascar. She also appeared in nationwide TV and billboard adverts for the Government’s new ‘Living Wage’ campaign.

Her character, intellect and activism saw her asked to co-host THE GUILTY FEMINIST podcast with Deborah Frances-White before a sold-out, live audience at the BFI SOUTHBANK. She was a guest panellist on BBC Wales’ weekly political programme, WALES TODAY, has been interviewed as herself for BBC Wales news, and has spoken at national industry and union conferences.
Abbie was invited to perform at The Other Room Theatre’s SEEN performance – an invitation only platform for emerging talent.
Abbie recently started writing after pitching an idea to a major studio who then asked for a spec script. A request has just been made for a second draft….. watch this space!