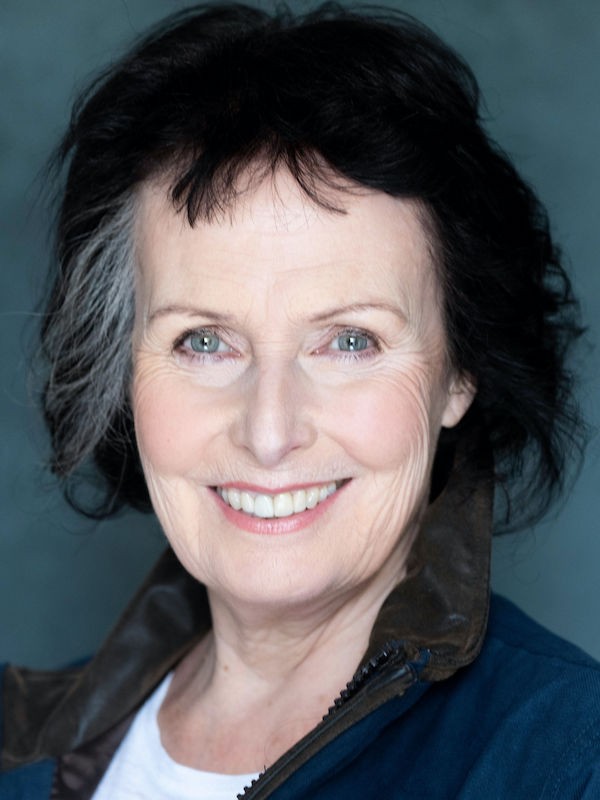 Biography
Olwen trained at the Royal Welsh College of Music & Drama in the early 70’s when the college was based at Cardiff Castle and a ghost frequented Black Tower 3. She earned her Equity Card with the then Welsh National Company Cwmni Theatr Cymru and worked with various independent Welsh drama companies. More recently Olwen has worked in theatre in education programmes and community theatre with Theatr Powys.

As a staple character in Pobol Y Cwm and in ground breaking sitcom Teulu’r Mans, Olwen has worked on various drama series and one off plays televised on S4C, of late Gwaith Cartref and Parch.

Olwen presented Pat Phoenix with a bouquet of flowers when she opened the Bingo in Corwen.