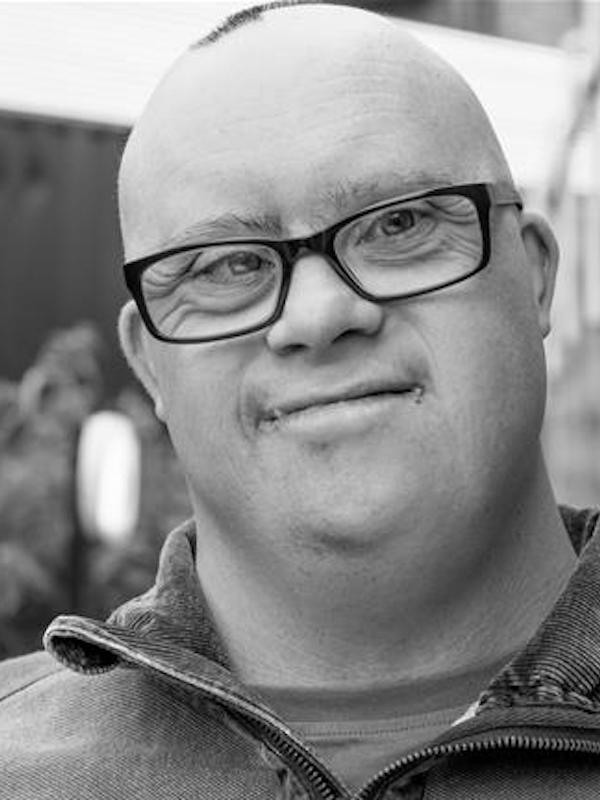 Biography
Toby was raised in Bradford, West Yorkshire and now lives close to York. He first began acting at the age of 8 with Mind the Gap, a Bradford based theatre group for people with special needs, then as a founding member of music and theatre group ‘The Wolds Wonders’.
In 2009 he joined Full Body and The Voice, later to be renamed Dark Horse Theatre based at the Lawrence Batley Theatre in Huddersfield, to follow a full-time ALRA accredited acting course and was named actor of the year in 2012, graduating in 2014 to join the company as an actor.
Toby is also comedian who loves to make people laugh.
As well as continuing his actor training and performing with Dark Horse, Toby is also a member of a local traditional Irish band as a singer (solo pieces), bodhran and percussion player. In addition to performances in pubs and clubs around the UK and Ireland, Toby has appeared in performances at The Victoria Hall in Saltaire and Matt Molly’s in Westport Co. Mayo.
Theatre credits include: STIR, You Have Been Watching, A Stupid Lie, Each Day I Live, Snakebite, A Man with Downs Syndrome Talks about Love and Tells a Story, Colony, and Harvest, with Dark Horse Theatre.
TV credits include: Shameless – The Maguire Motto
Toby has been a part of a number of workshops including those at RADA, ALRA and the Young Vic alongside his training at Dark Horse Theatre.
Spotlight
Email Agent