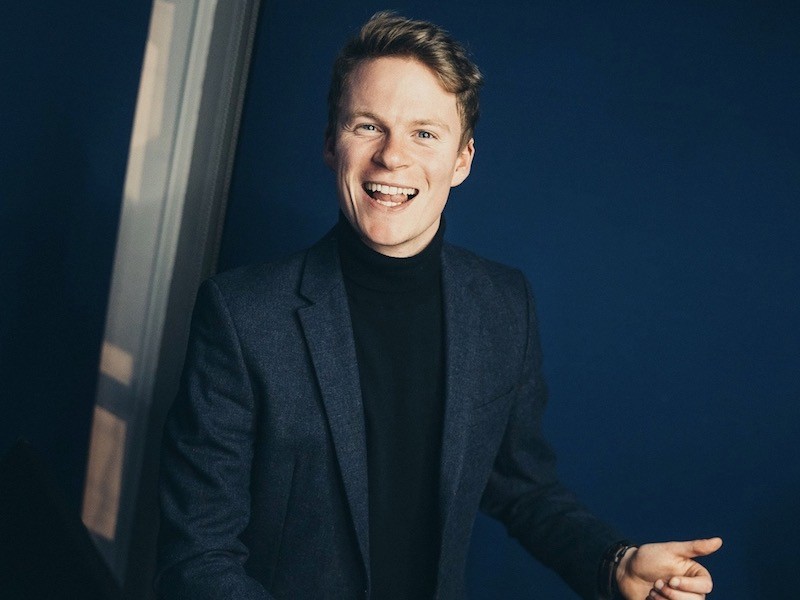 Award winning radio personality Robbie James broadcasts to over 40,000 people across the South Coast every weekday between 3-6pm on Express FM. Robbie has chatted to some of the worlds biggest artists, DJs & personalities including Kaiser Chiefs, Lewis Capaldi, & Jason Manford. Robbie’s also worked with Capital FM, assisting the production of the Breakfast Show.

You can also catch Robbie behind the decks DJing at some of the UK’s biggest venues including multiple freshers & student union gigs from St Andrews to Southampton to over 2,000 students.

No stranger to standing on stage or in front of a camera, Robbie hosts a range of corporate and sporting events around the UK, and is a regular match day host at BT Murrayfield Stadium for Scottish Rugby and at The Ageas Bowl for Hampshire Cricket (including games broadcast globally via Sky Sports).

To compliment Robbie’s work with Hampshire Cricket, he has also been heard on BBC Radio 5 Live Sports Extra, the BBC Sport Website & App & a host of BBC Local Radio Stations as a cricket commentator & football reporter, helped by his experience in being involved in the Hampshire Academy setup throughout his teen years.

Aside from the microphone, Robbie is an Ambassador for the Standing Ovation Project, a mental health based organisation.