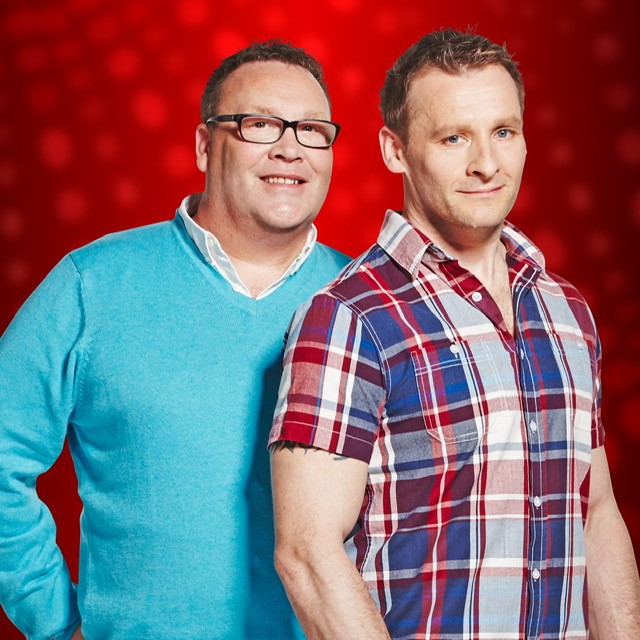 Simon ‘Jagger’ and Christopher ‘Wood’ have known each other since they were children growing up in Oldham. It was at high school when their partnership began, and they started developing their own special brand of humour which gained them quite a reputation in the local area.

Years later they were both trying out their talents on hospital radio Cavell, since then the pair have never looked back. The duo earned more airtime at sunset radio 102 and Cheshire choice FM where they really began to make their name in radio and in 2001 they were offered the enviable opportunity to host the daily breakfast show on Northants 96/Heart FM which they did for 9 years.

Following their success at Northants, they received an offer from Real Radio in Wales, this offer was too good to refuse so early in 2010 the pair relocated to Cardiff where they hosted the ‘Real breakfast show with Jagger and Woody’ pulling in an audience of nearly 400,000 listeners. They are now attracting an audience of almost 500,000 listeners on the UK’s biggest commercial radio station ‘Heart Wales’ and they have formed a very special relationship with their listeners.