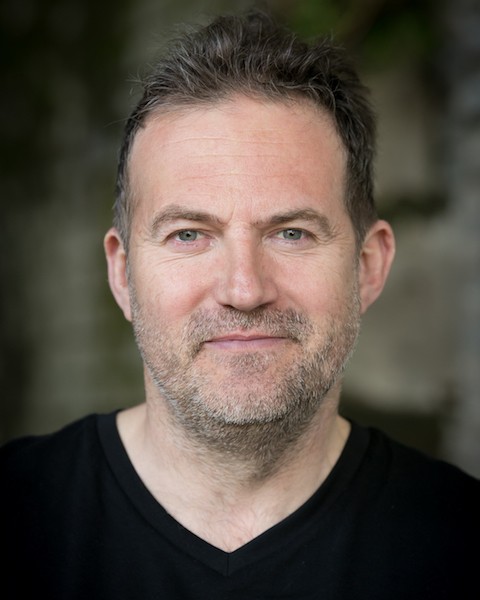 Musical Director on over 35 shows including, ‘Brick Up the Mersey Tunnels’ on all five outings, ‘Our Day Out’, ‘Lennon’, ‘Red and Blues, the Musical’, ‘Scouse Pacific’, ‘Merry Ding Dong’, ‘Sons of the Desert’, ‘Eight Miles High’, ‘Little Scouse on the Prairie’, ‘Golden Oldies’ and composer on ‘Macbeth’ and ‘A Midsummer Night’s Dream’. He will also be returning as Norman in ‘Council Depot Blues’ in the New Year.

He has been an Associate artist of the Bolton Octagon and was MD on, ‘Blonde Bombshells of 1943’, which was a co-production with Hampstead Theatre and awarded the Manchester Evening News Award for best production in 2006. Other work at Bolton. Other work at Bolton includes: ‘Looking for Buddy’ (Co-pro with Live Theatre, Newcastle), ‘The Rise and Fall of Little Voice’, ‘Oh What a Lovely War’, (Nominated for the MEN Best production 2008) ‘Once Upon a Time in Wigan’, ‘Eight Miles High’, ‘I Just Stopped by to see the Man’, ‘Song of Singapore’, ‘Danny the Champion of the World’ (Composer)

For Oldham Coliseum Theatre Musical Direction/Composition: ‘Bread and Roses’,  ‘Oh What  Lovely War’, ‘Our Gracie’, ‘Hot Stuff’, ‘Our Day Out’, ‘Close the Coalhouse Door’ (Nominate for MEN Best production 2012) , ‘Blonde Bombshells of 1943’ (Co-Pro with New Vic Theatre) ‘Curtain up at the Coliseum’, ‘Satin ‘n’ Steel’, ‘Stepping Out’, ‘Private lives’, ‘The Road to Nab End’,’Up on the Roof’, ‘Martha, Josie and the Chinese Elvis’, ‘Dick Barton’, ‘Quartet’, ‘Union Street’, ‘Feed’, ‘Brassed Off’, ‘Sweet Charity’, ‘Return to the Forbidden Planet’’ From a Jack to a King’, ‘Good Golly Miss Molly’, ‘Feels Like the First Time’, ‘Women on the Verge of HRT’, ‘Wake up Little Susie’ and four Pantos.

For The New Vic, Stoke:’ Spring and Port Wine’, ‘The Admirable Crichton’, ‘Bus Stop’ and ‘A Taste of Honey’,

For Harrogate Theatre: ‘Up on the Roof’, ‘Of Mice and Men’, ‘Tears of a Clown’, ‘Uncle Vanya’ and various pantos.

He has worked on many re-incarnations of, ‘The Blonde Bombshells of 1943’ including the first at the West Yorkshire Playhouse and National and International tours. He co-wrote and was Musical Director on, ‘Puss in Blue Suede Boots’ and ‘Alice in Boogie Wonderland’ (Liverpool Everyman Theatre).

In a previous life, Howard was an Actor worked in most theatres up and down the Land. He was also in Dave Kirkby’s film, ‘Reds and Blues’.

Howard is a Visiting Practitioner at LIPA and LMA.